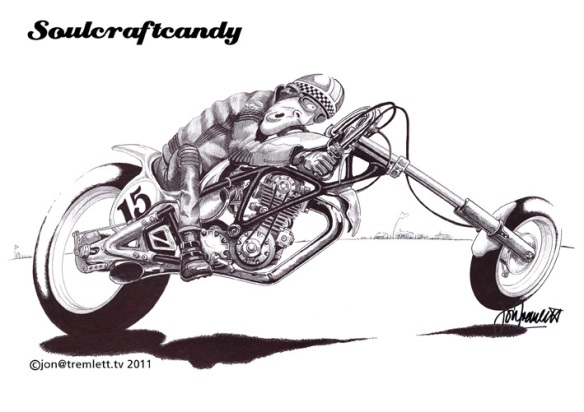 Welcome to 2012, it’s the new year, and here’s hoping for all of us it will turn out better than the sooth sayers suggest. The new year always brings a short period for fresh resolution and reflection. Being a serial resolution maker and breaker it helps to keep things to a minimum these days, and whilst being happier, healthier and a little wealthier are all things to work towards, it is this small blog which is the main focus for attention this year.

Viewing the newly received stats report from the guys at WordPress will be interesting but, before that’s done I know already that I want to increase my blogging output this year, be more creative and get more stuff out there. Small and obvious goals but ones which are worth noting down. Employing a slightly sideways approach to this challenge the first task at hand is to clear the decks, as it were, and bring to light some things which have been sitting here waiting for a chance to strut their stuff and be viewed. By tidying up some loose ends, particularly in respect of showing a sketch and not the subsequently finished drawing, I’m hoping to clear a bit of a backlog, physically as well as mentally. The hope is that this will free up some much needed brain space for new ideas and projects.

The drawing at the top of the post featured as an initial scribbly biro layout and then a more tidy pencil sketch waiting to be given a good inking. It follows a theme which is proving to be quite enduring, lots of healthy detail centered around the middle of the drawing, some punchy contrast areas and a kind of fish eye lens effect in the perspective. It’s one of my personal favourites and neatly treads a line between feasibility, if you drag the idea towards reality, and a cartoon if you pull it the other way towards fantasy. Again it’s done in black Bic biro on A3 Bristol paper (250 gsm) which is rapidly becoming a kind of default medium for this type of drawing. 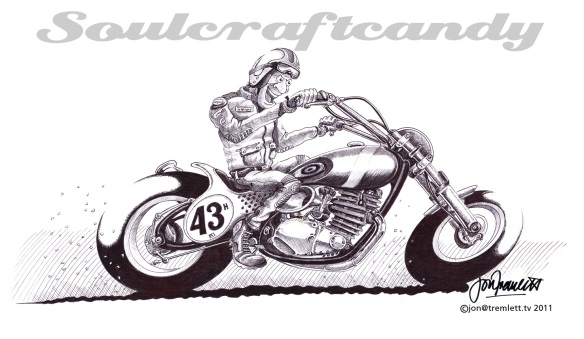 This second drawing, completed shortly after the previous one, again has the detail and contrast areas coming through. I don’t like to comment on my drawings too much other than to discuss more technical aspects of them, preferring to leave aesthetic judgements to others. What’s important to me in looking at these is seeing whether they show any improvements in style, technique and composition, that kind of thing. How far have things come from the early days of the blog when bike related drawings were starting to be a larger part of life.

Observations, of course, tend to vary depending on mood and other variables but, today three things in particular come across. First is the quality of my sometimes wayward cross hatching. It’s getting more even, probably due to being better able to balance control and patience. Certainly the latter, as making a zillion lines can get to you after a while, and remembering to wipe the end of the pen occasionally helps too, none of those horrible little inky blobs to contend with. The second is to do with shadows and ground lines. By worrying less about crispness, and more about texture, the “hairy” and “lumpy” approaches give texture to the ground the bike is riding over through implication rather than needing to render bits of earth. A happy accident really, it wasn’t part of the original plan. The final bit is about the riders and their clobber. Folding fabrics have always been a challenge and hard to figure out no matter how many times clothes were sketched etc. All I can summise is that less is more. Fewer wrinkles and bolder shading seems to be doing the trick. All that’s needed is to repeat how it goes from one drawing to another, the habit of referencing one drawing whilst making another has yet to take root fully, but it will in time.