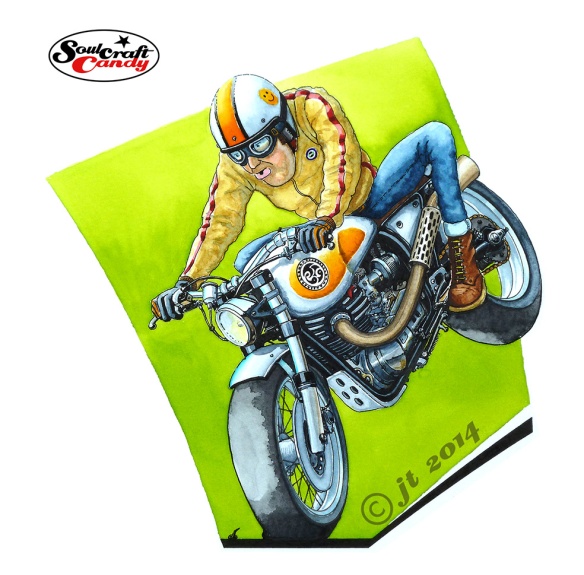 Just a brief post this time as there is still much to do at the end of this Bank Holiday weekend and we are all back at school tomorrow.

So here above is the finished picture that was shown in a part done state a couple of weeks ago. Safe to say it’s very bright and colourful and has turned out pretty much exactly as I planned. I love using a bright orange on the bike tanks and so it seemed only logical to offset that with a blazing green for the background block. And because the bike’s standing pretty much on its nose, then angling the coloured area around it seemed like a good way of emphasising the the dynamic of the image.

This one’s done on a much smoother water colour paper than the usual fare and it makes a real difference to how the inking goes down and the control that one can exercise in the coloured areas. I hope you like it as much as I do. Gotta dash.