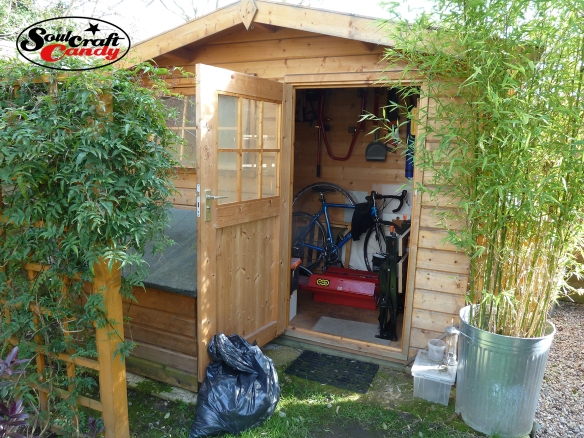 Small, but with lots of potential.

It is the only word I’ve managed to come up with in trying to describe what’s been going on of late, imbalance. I’ve got a fair idea about where it’s come from and it has taken me a while to get to grips with it.

Rather than castigate myself for allowing it to happen, it has been much easier to recognise it for what it is and deal with it through action and a little reasoning. This imbalance stems from a shift in my working life over the last few months, and hence my creative output, which I’d not accounted for. Although my role is only part time, it has involved a lot of idea generation and thus a massive amount of drawing and sketching. Big projects, which require a lot of this kind of thing in their early stages, need sustained creative input and masses of ideas. It’s exhausting, creatively and physically. Where I went wrong is not remembering this to be the case and failing to keep any creative energy in reserve for my own stuff once I returned home. So it’s been difficult to draw, but more to the point, it’s been hard to generate ideas. 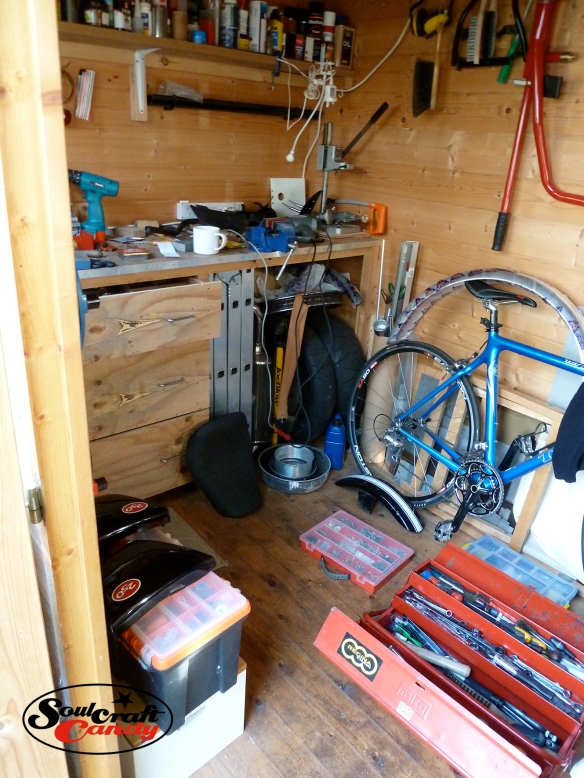 I’m showing you a couple of pictures of my garden shed, here in my back yard, as it has proved to be the answer to coping with this imbalance. Rather than spend any more time staring at blank sheets of paper the solution lay in getting out there and making something, turning raw materials into something else, using some tools and getting my hands dirty.

There had been a plan in the back of my mind for a while to refresh the little 250cc motorcycle that I’d modified some years ago when I started this blog. Over the years, as the miles have racked up, it has suffered the usual knocks and scrapes that these things are victim to, and overall the finish was starting to look very tired. I wanted to give it a freshen up, and make some changes to the overall design that I’d not got right first time around. So what to do for a making project was all ready and waiting, I just had to start. Before now I have relied on using workshop space owned by other people, this time around I didn’t have that option so my little shed was going to need to be the work space that I could use. As you can see it’s a small building with very limited floor area, but it does have an electricity supply, a big light on the rafters  and a work bench across one end. It houses all of my various tools, materials and other useful stuff accumulated over years of working as a prototype builder and modelmaker. Being of a sturdy design and construction it allows all manner of things to be hung from the walls, freeing up floor area and permitting at least a modicum of organisation. I don’t own any large machine tools, I’d need a bigger shed if I did, so most of the work would be done with hand and power tools with my trusty old Black and Decker Workmate acting as a secondary work bench. The only thing I can’t, and likely won’t do in there is spray paint, that will have to happen elsewhere. The shed was here in the garden when we moved into the house and I’ve always wanted to use it as a making space. now was my chance to put that thought into practice. 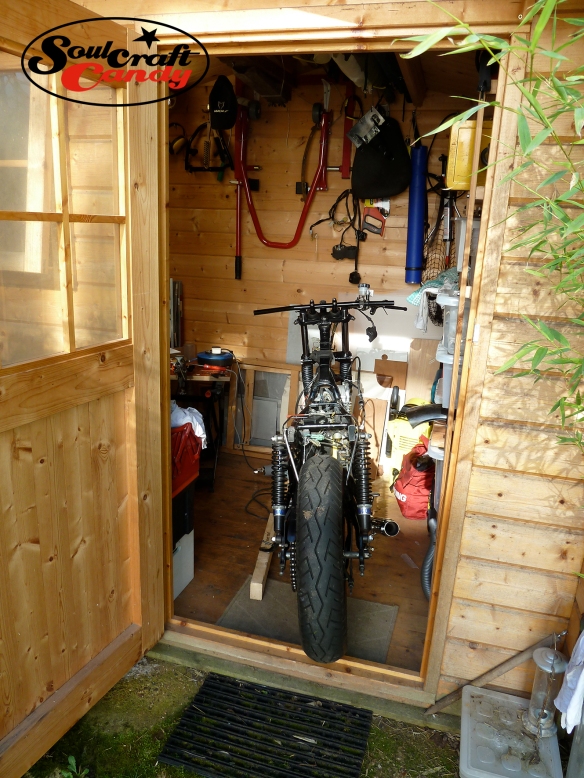 It just about fits in.

The third shot shows the bike pretty much in the shed. I didn’t need it completely inside, just enough to get some soldering done on the electrical loom, but it meant that I could work on it in there if the weather took a turn for the worse. By being methodical and tidying up as I went it was utterly surprising what I managed to do in this small space. Most of us work in some kind of organised chaos. Some cope well the more chaotic things are, others less, and over the years my natural inclination has veered toward the organised rather than the chaotic and this is a boon when working in a confined space. Having everything to hand helps too but, the order one maintains around oneself really is reflected in how one deals mentally with the making process.

The fruits of my labours are in the next post.