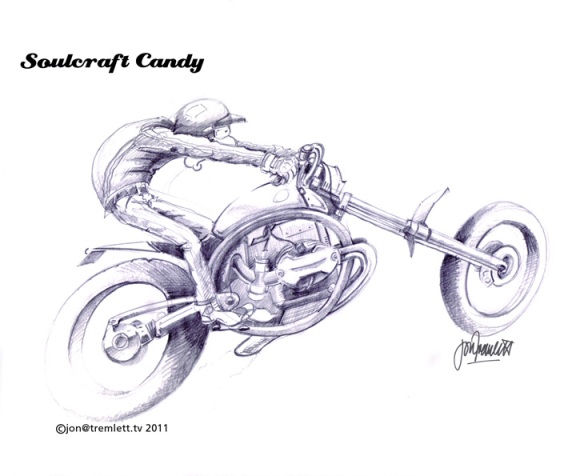 Just when you think you’ve got a strong idea in your mind it has to be admitted by this scribbler that my minds ability to create an image is far more polished than my hand/eye combo. Full of a new found confidence and a belief that I’d finally started to crack a nut that had been bothering me for some time, I leaned back and presumed things would just flow out. No, it was a lot harder than that. Sketch after sketch after sketch. Locked into a kind of one man battle with a pad of layout paper I just went round and round in circles. Over a cup of desperately needed coffee I laid everything out on the floor and had a think about what I was doing. Doing this is such a great way of seeing where you are with a project and a practice ‘d completely neglected to incorporate into my working.

By turning over all of the skamps that I felt weren’t going anywhere I ended up with three or four which showed promise. I rarely throw any drawing away, no matter how crappy, you never know what you might see in them on another day with fresh eyes. So I had a pile of duds and a select few to work on further. 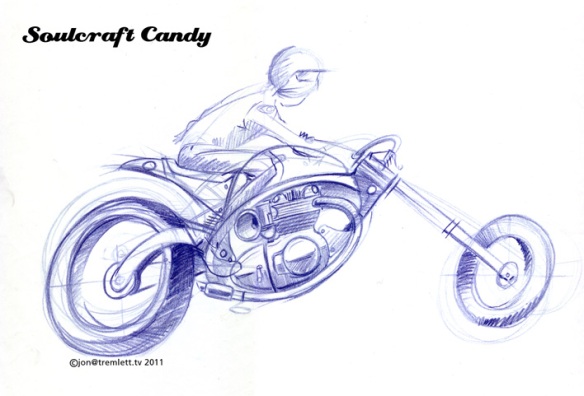 I stuck with pencils and layout paper. One has a beautiful progressive nature to it, in that it allows you to press as softly or hard as you wish and the line quality is a direct reflection of your actions and, the other is opaque enough for a good background but thin enough to allow you to place drawings underneath the top sheet and trace through. The two sketches in this post are preliminary drawings for others that I’ve now done in ink.

Because I’d been thinking about context and how to create it in the drawings I’d decided to always draw a rider on board unless he’s close by doing something to the bike and it’s stationary. I kind of thought that that, and the attitude of the bike in the picture would be enough to keep me going for now and that I’d worry about fuller backgrounds later on. I wanted to master drawing the bikes first. I also wanted to try and find a style of drawing that was comfortable and more importantly, repeatable, in the sense that layout and other elements would come more naturally rather than feeling forced in any way.